Richard Webster was born and raised in New Zealand. He has been interested in the psychic world since he was nine years old. As a teenager, he became involved in hypnotism and later became a professional stage hypnotist. After school, he worked in the publishing business and purchased a bookstore. The concept of reincarnation played a significant role in his decision to become a past-life specialist. Richard has also taught psychic development classes, which are based on many of his books. Richard's first book was published in 1972, fulfilling a childhood dream of becoming an author. Richard is now the author of over a hundred books, and is still writing today. His best-selling books include Spirit Guides & Angel Guardians and Creative Visualization for Beginners. Richard has appeared on several radio and TV programs in the United States and abroad including guest spots on Hard Copy, WMAQ-TV (Chicago), KTLA-TV (Los Angeles), KSTW-TV (Seattle) and the Mike and Matty Show (ABC). He currently resides in New Zealand with his wife and three children. He regularly travels the world to give lectures, workshops and to continue his research. 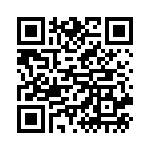