«·’ðÕ… 17
suspected something more than ordinary , when , upon opening the letter , I found that Will . was fallen off from his former gaiety , having changed Dear Spec . which was his usual salute at the beginning of the letter , into My worthy ...
«·’ðÕ… 36
author of it observe , that the letters which are sent to the Spectator , are as good , if not better , than any of his works . ... by undeniable arguments , that I was not able to pen a letter which I had written the day before .
«·’ðÕ… 266
One of them dates his letter to me from the banks of a purling stream , where he used to ruminate in solitude upon the divine Clarissa , and where he is now looking about for a convenient leap , which he tells me he is resolved to take ... 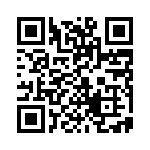