Few poets have had a more anguished life than Italy's Torquato Tasso, about whom Goethe wrote his celebrated tragedy Torquato Tasso. His great chivalric epic of the Christian crusades is Jerusalem Delivered (1575). Tasso, who was a critic before he was a poet, sought to make Homer and Virgil his models and Dante his source of Christian poetic inspiration, but the resulting epic, as finally published in 1581, is a work of Petrarchan melancholy. Unlike Dante or Ariosto, Tasso did not succeed in objectifying a world in the epic manner. In celebrating the deeds of heroes, he remained subjective and lyric. The reason may be, as some have suggested, that he felt Italy was a long way from becoming a significant united nation capable of sustaining a truly epic enterprise in its literature. Forlorn in love, overwhelmed by melancholy, ever suspicious of intrigues against him, Tasso became self-critical to the point of trying to rewrite his epic to placate its severest critics. He traveled much and was several times confined as insane by patrons and friends who loved him. He died in Rome, where he had been summoned to be honored, like Petrarch, with the poet's laurel. Second to Jerusalem Delivered, Tasso's most influential literary work has been his pastoral play Aminta (1581), which has been performed and highly praised. As in his epic, the poetic voice is lyric. Some modern critics have come to believe that, with his all-pervasive lyricism, Tasso was far ahead of his times. 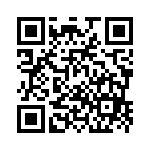