Mark Kesselman is Editor of the INTERNATIONAL POLITICAL SCIENCE REVIEW and professor emeritus of political science at Columbia University. His research and teaching focuses on the political economy of advanced capitalism, with particular attention to French politics, the Left, and organized labor in Western Europe. He has published articles in the AMERICAN POLITICAL SCIENCE REVIEW, COMPARATIVE POLITICS, WORLD POLITICS, POLITICS & SOCIETY, and elsewhere. He is author, co-author, or editor of THE FRENCH WORKERS' MOVEMENT: ECONOMIC CRISIS AND POLITICAL CHANGE (1984), EUROPEAN POLITICS IN TRANSITION (2009), and READINGS IN COMPARATIVE POLITICS (2006).

Joel Krieger is Norma Wilentz Hess Professor of Political Science at Wellesley College and chair of the Department of Political Science. His publications include BRITISH POLITICS IN THE GLOBAL AGE: CAN SOCIAL DEMOCRACY SURVIVE? (Polity, 1999), and REAGAN, THATCHER, AND THE POLITICS OF DECLINE (Oxford University Press, 1986). He is editor-in-chief of THE OXFORD COMPANION TO COMPARATIVE POLITICS (Oxford University Press, 2012).

Bill Joseph is professor of political science at Wellesley College and an associate in research of the John King Fairbank Center for Chinese Studies East Asian Research at Harvard University. His major areas of academic interest are of research is contemporary Chinese politics and ideology, the political economy of development, and the Vietnam War. He is the editor of and a contributor to Politics in China: An Introduction (Oxford University Press, 2010). 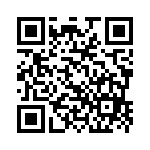