ÇáŐÝÍÉ 336
We believe that the contest , in which the parliament was engaged against the king , was a contest for the security of our property , - for the liberty of our persons , —for every thing , which makes us to differ from the subjects of ...
ÇáŐÝÍÉ 337
... been disposed to the opinion , that before the Norman Conquest , the Church of England was independent of foreign jurisdiction , and that if the king's supremacy was not then formally asserted , it was because it was not disputed .
ÇáŐÝÍÉ 643
The King expressed strongly upon at that time in convocation , his disapprobation of lay baptism ; there appears to have been one ( the and seemed more inclined to no baptwelfth article , ) which states , “ that tism at all , than that ... 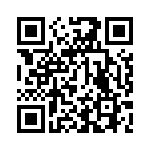