Homer is the author of The Iliad and The Odyssey, the two greatest Greek epic poems. Nothing is known about Homer personally; it is not even known for certain whether there is only one true author of these two works. Homer is thought to have been an Ionian from the 9th or 8th century B.C. While historians argue over the man, his impact on literature, history, and philosophy is so significant as to be almost immeasurable. The Iliad relates the tale of the Trojan War, about the war between Greece and Troy, brought about by the kidnapping of the beautiful Greek princess, Helen, by Paris. It tells of the exploits of such legendary figures as Achilles, Ajax, and Odysseus. The Odyssey recounts the subsequent return of the Greek hero Odysseus after the defeat of the Trojans. On his return trip, Odysseus braves such terrors as the Cyclops, a one-eyed monster; the Sirens, beautiful temptresses; and Scylla and Charybdis, a deadly rock and whirlpool. Waiting for him at home is his wife who has remained faithful during his years in the war. Both the Iliad and the Odyssey have had numerous adaptations, including several film versions of each.

Satirical poet Alexander Pope was born in London on May 21, 1688. He was educated by private tutors. Many consider Pope to be the greatest poet of his time, and he also wrote commentaries and translations, he is best known for such poems as The Rape of the Lock and The Duncaid. Pope was the first English poet to make a substantial amount of money from his writing. Pope died on May 30, 1744. 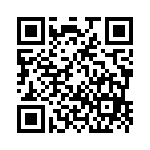