«·’ðÕ… 11
Answ . It was such a law as the purity of God's nature required , and must be the law of such a creature as man ; unless God would have made him a rational creature , and not required him to have lived by the law of reason ; but would ...
«·’ðÕ… 135
Though the works of nature , in every part of them , 1 sufficiently evidence a Deity ; yet the world made so little use of their reason , that they saw him not , where , even by the impressions of himself , he was easy to be found .
«·’ðÕ… 140
Every one may observe a great many truths , which he receives at first from others , and readily assents to , as consonant to reason , which he would have found it hard , and perhaps beyond his strength , to have discovered himself . 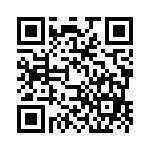