«·’ðÕ… 68
The whole Churches , presented by seven candle or collective body of
Chrissticks , which are all along tians , are represented by ì sedistinguished from
the seven ven candlesticks , î which are stars , which are emblems of
distinguished from ...
«·’ðÕ… 75
And a little further he says , ì If many things in the Epistles be direct to the angels ,
but yet so as to concern the whole body , ì then of necessity , the angel must be
taken as a representative of the whole body , and then , why ì may not the word ...
«·’ðÕ… 82
solution , by supposing that he employs that term in a collective sense , of the
whole ministry of the church . 2. To their own principles which the Episcopal
writers have laid down as containing an ì absolute demonstration î of the prelatic
dignity ... 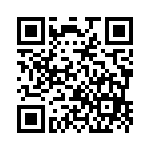