Although published prior to the appointments of Sotomayor and Kagan this book remains relevant to the current court. A good read on an important subject. Þ—«¡… «· ÞÌÌ„ »√þ„·Â

A graduate of Boston College Law School, Frederick S. Lane is a freelance journalist, lecturer, and expert witness. He has written three previous books on how legal issues affect society, including most recently The Decency Wars. He lives with his family in Burlington, Vermont. 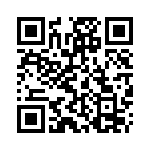