«·’ðÕ… 199
... of small pieces of poetry published at various dates on single sheets , many of them reprinted in the third edition of the Petition of an Old Uninhabited House , others in the Gentleman's Magazine at various dates .
«·’ðÕ… 200
He returned to England and took curacies in various parts - Bath , Lechlade , Bursley and , according to Davy , in 1813 and 1814 under the name of Lawrence Blakeney was curate of Thorndon in Suffolk .
«·’ðÕ… 204
Queen Victoria , 12pp , Woodbridge , n.d. , but early nineteenth century , as ' Curer of corns and bunions , Scalt - heads , Rheumatism , Scrofula and various other complaints incident to the human frame . Poems and Pieces composed and ... 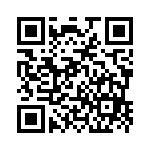