Lynne Vallone is associate professor of English at Texas A & M University. She is the author of Disciplines of Virtue: Girlís Culture in the Eighteenth and Nineteenth Centuries, published by Yale University Press. 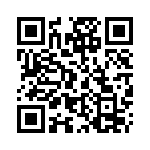