John R. Pottenger is an associate professor of political science at the University of Alabama in Huntsville. He is the author of The Political Theory of Liberation Theology. 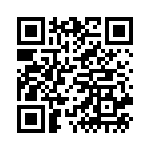