Hildi Froese Tiessen is an associate professor in the Department of English and the Institute of Peace and Conflict Studies at Conrad Grebel University College, University of Waterloo. 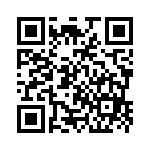