Daniel W. Crofts is Professor of History at The College of New Jersey. His books include Reluctant Confederates: Upper South Unionists in the Secession Crisis; Old Southampton: Politics and Society in a Virginia County, 1834-1869; and A Secession Crisis Enigma: William Henry Hurlbert and ìThe Diary of a Public Manî, forthcoming in 2010. 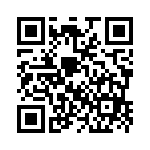