Asha Sharma is a granddaughter of Satyanand Stokes. A graduate of the Columbia University School of Journalism, she has been a fellow of the Indian Council of Historical Research and a Research Associate at the University of California at Berkeley. 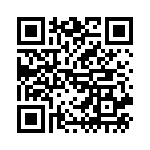