Edward Kissi is assistant professor in the Department of Africana Studies at the University of South Florida, Tampa. 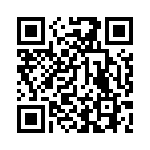