ĒįÕŻĶÉ 145
Unfortunately for Kohl , the longer the unification process remained incomplete ,
the less willing the German electorate was to give him continued support . He
was able to convince voters to continue to support the Christian Democratic ...
ĒįÕŻĶÉ 358
Data from the Central Bank of Russia indicated that capital flight in 2000 had
declined to nearly half its 1997 level , and in the new millennium , Russian
officials announced a budget surplus along with expectations of continued
economic ...
ĒįÕŻĶÉ 364
Productivity and efficiency did not increase significantly , unprofitable firms
continued to operate , investment was weak , and the benefits of ownership were
not widely or fairly distributed . The government continued to subsidize ineffective
... 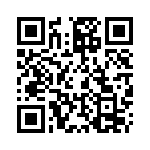