Son of a viscount, Smart was educated at Cambridge, where he was a lecturer in philosophy and rhetoric until 1752. Smart also spent his early years as a journalist and a writer of occasional verse. Subject to religious mania and an overexcited mind, Smart suffered a breakdown and spent several years in mental asylums. It is said that during his confinement, deprived of paper and pen, he scratched with a key on the wainscot of his room his masterpiece, A Song to David (1763). In 1771, in debt and sunk in drunkenness, Smart was confined to King's Bench Prison, where he died. In his greatest poetry, Smart wrote rationally but ecstatically, shedding the narrow poetic shackles of his time. His verse anticipates the poetry of Blake, especially in Jubilate Agno (Rejoice in the Lamb), also from Smart's "mad" period, in which the poet glorifies all the creatures of God; there is a charming section on his cat Jeoffry. Benjamin Britten (see Vol. 3) has set Rejoice in the Lamb to music. 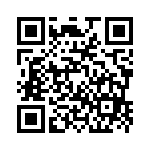