Goldish (history, Ohio State Univ.) looks at the Jewish messianic surge of the 17th century, which culminated with the Sabbatean movement, and places it in a broader multidimensional context. The ... ŮĐă┴╔ ăß╩ŮÝÝŃ ╚├▀Ńßň 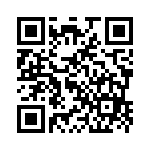