This is not a pleasure read due to its tragic story and dense writing, but a necessary read. It tells the stories of six individuals who survived the dropping of an atomic bomb on Hiroshima by an ... ř—«Ń… «Š řŪŪ„ »√Ŗ„ŠŚ

Reason Read: TIOLI challenge, January 2023. This book is relevant today as we stand at the brink of another use of nuclear warfare and as quoted in this book. Memory of how this should never happen ... ř—«Ń… «Š řŪŪ„ »√Ŗ„ŠŚ 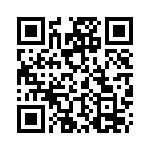