Kathy Reichs was born in Chicago, Illinois on July 7, 1948. She received a BA in anthropology from American University in 1971, a MA in physical anthropology from Northwestern University in 1972, and a Ph.D. in physical anthropology from Northwestern University in 1975. She works as a forensic anthropologist for the Office of the Chief Medical Examiner, State of North Carolina and for the Laboratoire des Sciences Judiciaires et de Médecine Légale in Quebec. She has taught at Northern Illinois University, University of Pittsburgh, Concordia University, McGill University, and the University of North Carolina at Charlotte. Her work as a forensic anthropologist is internationally recognized; she has traveled to Rwanda to testify at the UN Tribunal on Genocide, helped in an exhumation in the area of the highlands of southwest Guatemala, and done forensic work at Ground Zero in New York. In addition to her published academic papers and books, Reichs has written numerous works of crime fiction including Temperance Brennan series. Déją Dead won the 1997 Arthur Ellis Award for Best First Novel. She is a producer on the Fox television series Bones, which is loosely based on her own forensic career and writing. In 2015, she won the Silver Bullet Literary Award. 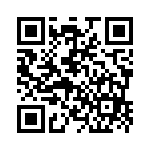