«·’›Õ… 42
23 Pity followed when the popular mind , responding to its own best intuitions , concluded that animals did have feelings after all . The seventeenth century was an excellent time to be a cat , at least in French intellectual circles ...
«·’›Õ… 112
these visits may be estimated from the fact that they were followed by the formation of animal welfare societies in such diverse locations as Connecticut , Florida , Illinois , Louisiana , Maryland , and Wisconsin .
«·’›Õ… 122
Lewith died many years ago , in 1926 , and was followed to his grave , according to a memoir that appeared later in the News and Courier of Charleston , by his collie dog , Beauty , who refused to eat after the death of his master . 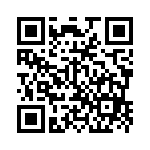