RESTORATION OF THE REPUBLIC: The Jeffersonian Ideal in 21st-Century America

Gary Hart represented Colorado in the U.S. Senate from 1975 to 1987. He is the author of seventeen books, has taught at Yale, and lectured at the University of California and Oxford University, where he earned a doctor of philosophy degree in politics in 2001. As co-chair of the U.S. Commission on National Security for the 21st Century, he was credited with forecasting a 9/11-type attack. He resides with his family in Kittredge, Colorado. 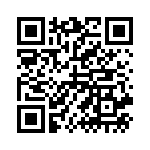