George Herbert, remembered as one of the greatest of the Metaphysical poets, was born on April 3, 1593 in Montgomery, Wales. He attended Trinity College, Cambridge. Herbert was a Fellow of Trinity, a public orator, the canon of Lincoln Cathedral and a rector in Bemerton. Herbert died on March 1, 1633. On his deathbed, he gave a manuscript of verses called The Temple to his friend, Nicolas Ferrar. Although Herbert wanted the manuscript burned, Ferrar had it published. The poems contained in the manuscript exalt God, but Herbert believed he was committing a sin of pride by creating an artistic work. 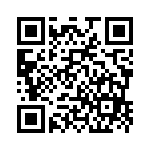