The alternate or parallel start to Cooper's Dark is Rising pentology, this book establishes the series internal mythos. Technically the second book in the series, we finally get an explanation for ... Þ—«¡… «· ÞÌÌ„ »√þ„·Â

Susan Cooper, one of today's most distinguished children's book writers, won a Newbery Medal and a Newbery Honor for books in her fantasy sequence, The Dark is Rising. She is also the author of King of Shadows, a Boston Globe -- Horn Book Honor Book, and Green Boy, which was called "an intriguing and truly lovely book" by the New York Times Book Review. She lives in Fairfield, Connecticut, and her Web site is at www.thelostland.com. 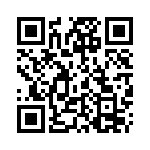