This is a book everyone should read! There are things we are not taught in Sunday School that everyone should know. This covers most of them. Jerry Savelle knows what needs to be done to keep Satan ... Þ—«¡… «· ÞÌÌ„ »√þ„·Â

Jerry Savelle is a noted author, evangelist, and teacher who travels extensively throughout the United States, Canada, and around the globe. He is president of Jerry Savelle Ministries International, a ministry of many outreaches devoted to meeting the needs of believers all over the world.

Well known for his balanced biblical teaching, Dr. Savelle has conducted seminars, crusades, and conventions for over twenty-five years, as well as ministered in thousands of churches and fellowships. He is in great demand today because of his inspiring message of victory and faith and his vivid, often humorous, illustrations from the Bible. He teaches the uncompromising Word of God with a power and an authority that is exciting but with a love that delivers the message directly to the spirit man.

In addition to his international headquarters in Crowley, Texas, Dr. Savelle is also founder of JSMI-Kenya; JSMI-United Kingdom; JSMI-South Africa; JSMI-Australia; and JSMI-Tanzania. In 1994, he established the JSMI Bible Institute and School of World Evangelism. It is a two-year school for the preparation of ministers to take the Gospel of Jesus Christ to the nations of the world.

The missions outreach of his ministry extends to over fifty countries around the world. JSMI further ministers the Word of God through its prison ministry outreach.

Dr. Savelle has authored many books and has an extensive video and cassette teaching-tape ministry and a worldwide television broadcast. Thousands of books, tapes, and videos are distributed around the world each year through Jerry Savelle Ministries International. 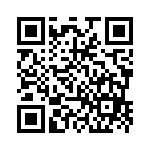