«·’ðÕ… xi
This event happened in a crowded city , in which the ... The Jewish religious authorities , the High Priest and the Sanhedrin , feared such uprisings , too , since when they happened , it was they who were made to suffer by the Romans .
«·’ðÕ… 74
The Incarnation , they would say , is something which happened in history , just as the Siege of Paris happened in 1870 , or the Second World War ended in 1945. It was an ' event ' , which could be checked against the testimony of other ...
«·’ðÕ… 75
The Roman census happened , by Luke's reckoning , when Quirinius was governor of Syria and when Herod was King of Judaea . Herod's reign lasted from 37 BCE until 4 BCE , and Quirinius was never the Governor of Syria during this period . 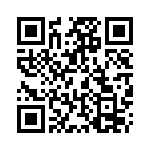