Ashley Day began his career as the Administrator of a college of languages in London''s West End. Called into the ministry during one of Billy Graham''s early London crusades, he and his wife, Edna, left the city and took up an itinerant preaching ministry in the South West of England.

The Days immigrated to the USA in October, 1959, and since then have ministered in Oregon, Missouri, England and Idaho. After returning to England, to pastor the Brookdale Evangelical Church in Devon, Pastor Day was called back to the United States in 1980 to become the Senior Pastor of the Coeur d''Alene Bible Church, where the Days remained until retirement in 2003. He now serves as Pastor Emeritus.

Ashley and Edna Day have been happily married for 53 years and have five children.

Seed-Time Ministries began in 1973 and has been used by the Lord to reach tens of thousands of listeners in the United States, Africa, the Middle East, China and the UK. It exists to provide sound Bible exposition through radio broadcasts, tapes, CDs and printed material 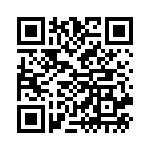