Michael P. Zuckert is Congdon Professor of Political Science at Carleton College. He is the author of The National Rights Republic: Studies on the Foundations of the American Political Tradition. 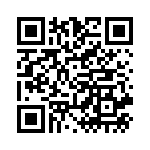