This was a re-read, tackled Typhoon and Nigger of the 'Narcissus' while on the submarine. Both of those stories were familiar, with 'Amy Foster' and 'Falk' welcome additions. One can almost imagine Conrad flexing and stretching while writing these, with the best yet to come. ŢŃÇÁÉ ÇáĘŢííă ČĂßăáĺ

4 stories by the great Joseph Conrad. They follow an alternating drama/comedy pattern, with 'Typhoon' first, and in the intro you'll find out that Conrad was very deliberate in wanting these stories ... ŢŃÇÁÉ ÇáĘŢííă ČĂßăáĺ

Cedric Watts is an authority on Conrad and the author of numerous books and articles on Conrad including Joseph Conrad: A Literary Life (1989), A Preface to Conrad (2nd edn 1993), and Joseph Conrad (1994). For OWC he has edited Heart of Darkness and Other Tales and other Conrad books forother publishers, most recently Lord Jim for Broadview Press. 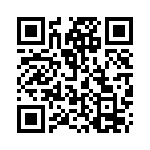