William Lee Miller is now Scholar in Ethics and Institutions at the Miller Center of Public Affairs at the University of Virginia. He retired from the faculty of University of Virginia in 1999 as Commonwealth Professor, and the Thomas C. Sorensen Professor, of Political and Social Thought. He has taught also at Yale University, Smith College, Indiana University, and other institutions, often teaching courses in church and state and religious liberty, subjects on which he has often written. He served on the Fund for the Republics Commission on Religion and a Free Society in the 1960s. He has been an editor and writer on a political magazine, a speechwriter, and a three-term alderman. His books include Lincoln's Virtues: An Ethical Biography, and Arguing About Slavery: John Quincy Adams and the Great Battle in the American Congress. 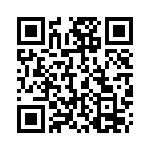