Before the end of the civil war, over one hundred former slaves had written moving stories of their captivity and by 1944, when George washington Carver published his autobiography, over six thousand ... Þ—«¡… «· ÞÌÌ„ »√þ„·Â

Powerful slave narratives, recalling the abuse and mistreatment of slavery. If a reader can get past the repitious form of the narrative, there are poignant stories to be told. Recent revelations ... Þ—«¡… «· ÞÌÌ„ »√þ„·Â

Henry Louis Gates, Jr. was born on September 16, 1950, in Keyser, West Virginia. He received a degree in history from Yale University in 1973 and a Ph.D. from Clare College, which is part of the University of Cambridge in 1979. He is a leading scholar of African-American literature, history, and culture. He began working on the Black Periodical Literature Project, which uncovered lost literary works published in 1800s. He rediscovered what is believed to be the first novel published by an African-American in the United States. He republished the 1859 work by Harriet E. Wilson, entitled Our Nig, in 1983. He has written numerous books including Colored People: A Memoir, A Chronology of African-American History, The Future of the Race, Black Literature and Literary Theory, and The Signifying Monkey: Towards a Theory of Afro-American Literary Criticism. In 1991, he became the head of the African-American studies department at Harvard University. He is now the director of the W.E.B. Du Bois Institute for African and African-American Research at the university. He wrote and produced several documentaries including Wonders of the African World, America Beyond the Color Line, and African American Lives. He has also hosted PBS programs such as Wonders of the African World, Black in Latin America, and Finding Your Roots. 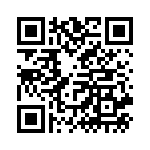