Renť Laurentin was born in Tours, France on October 19, 1917. At the age of 17, he entered the Carmelite Seminary of the Catholic University of Paris and received two degrees in philosophy from the Sorbonne. During World War II, he was drafted into the French Army. He was captured in Belgium in 1940 and spent five years as a German prisoner of war. After he was ordained in 1946, he received doctorates from the Sorbonne and the Institute Catholique. He taught at the Catholic University of Angers in France, the Universities of Florence and Milan in Italy, and the International Marian Research Institute at the University of Dayton in Ohio. He was also a correspondent for Le Figaro, the French daily newspaper, and a consultant to the reformist Second Vatican Council, where he sought to strengthen a provision exonerating Jews for collective guilt for the crucifixion. In 2009, he was named a Prelate of His Holiness by Pope Benedict XVI. He devoted his career to investigating reports of supernatural religious visions. He wrote more than 150 books including six volumes on Our Lady of Lourdes. He died on September 10, 2017 at the age of 99. 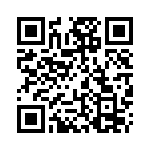