E. Keith Howick is a long-time student of the Bible and follower of Jesus Christ. He counts as a personal ministry his efforts to magnify the name of the Lord and preach His word to the world. 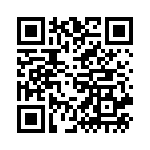