G. Alan Tarr is Director of the Center for State Constitutional Studies and Distinguished Professor of Political Science at Rutgers University at Camden. He is the author or editor of seven books, including Constitutional Politics in the States, Judicial Process and Judicial Policymaking, and State Supreme Courts in State and Nation. 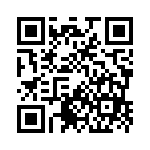