«·’ðÕ… 77
They answered and said , If he were not a malefactor , we would not have delivered him up unto thee . " Then said Pilate unto them , ì Take ye him , and judge him according to your law . î But this would not serve their turn , who aimed ...
«·’ðÕ… 141
world , nevertheless , stood as much in need of our Saviour , and the morality delivered by him . Let it be granted ( though not true ) that all the moral precepts of the Gospel were known by somebody or other , amongst mankind before .
«·’ðÕ… 232
Now , believing right being one part of that obedience , as well as acting right is the other part , the obedience of assent must be implicitly to all that is delivered there , that it is true . But for as much as the particular acts of ... 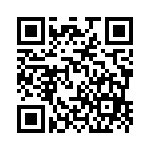