Samuel Totten is an independent scholar. Since 2010 he has conducted research in the Nuba Mountains, Sudan. He is the editor of Transaction's Genocide series. 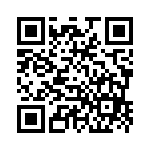