I appreciated his insights and reflections. Also his holding his opinions firmly yet with a seeming open hand on many of the more difficult, ambiguous passages. A great book. I hope to incorporate his ... Þ—«¡… «· ÞÌÌ„ »√þ„·Â

Many great insights but unfortunately written in the redundacy-filled style of an undergrad writing a 10 page paper and whose ideas have tapped out at 7 pages. Þ—«¡… «· ÞÌÌ„ »√þ„·Â

Leon R. Kass is the Addie Clark Harding Professor (on leave) in the Committee on Social Thought and the College at the University of Chicago and Hertog Fellow in Social Thought at the American Enterprise Insti-tute. Currently Chairman of the President's Council on Bioethics, he is the author of three books, most recently Life, Liberty, and the Defense of Dignity: The Challenge for Bioethics, and coauthor of two more. He lives in Washington, D.C., and Chicago. 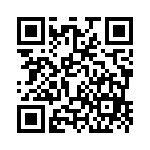