August Strindberg was born in Stockholm, Sweden on January 22, 1849. He was educated at the University of Uppsala in Sweden, but left without a degree. He began to write while supporting himself at a variety of jobs, including journalist and librarian. He wrote several novels including The Red Room and Black Banners, but was best known as a playwright. His plays include The Father, Miss Julie, Creditors, A Dream Play, and The Ghost Sonata. He also wrote an autobiography entitled The Son of a Servant. He died on May 14, 1912 at the age of 63. 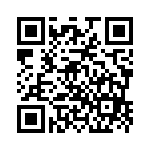