John Williams (1922–1994) was born and raised in northeast Texas. Despite a talent for writing and acting, he flunked out of a local junior college after his first year. He reluctantly joined the war effort, enlisting in the Army Air Corps, and managed to write a draft of his first novel while there. Once home, Williams found a small publisher for the novel and enrolled at the University of Denver, where he was eventually to receive both his BA and MA, and where he was to return as an instructor in 1954.

He remained on the staff of the creative writing program at the University of Denver until his retirement in 1985. During these years, he was an active guest lecturer and writer, editing an anthology of English Renaissance poetry and publishing two volumes of his own poems, as well as three novels: Butcher’s Crossing, Stoner, and the National Book Award–winning Augustus (all published as NYRB Classics).

Robert Pinsky’s recent books are his Selected Poems (2011) and the anthology-manifesto Singing School (2015). As U.S. Poet Laureate (1997–2000), Pinsky founded the Favorite Poem Project, with a growing video library at www.favoritepoem.org of Americans of various professions and ages reading aloud and commenting on poems by Emily Dickinson, Walt Whitman, Langston Hughes, Shakespeare, and others. His new book of poems is At the Foundling Hospital (2016). 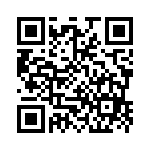