Mutlu Konuk Blasing is Professor of English at Brown University. She is the author of The Art of Life, American Poetry, and Politics and Form in Postmodern Poetry. 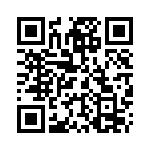