Mark Bement is a descendent of King Henry I; Alfonso IX, who was the King of Castile and Leon; and the noble Frenchman, John Debrienne, who was the Emperor of Constantinople and held the title of King of Jerusalem, though he reigned in Acre, Israel.

Bement was born in Washington State and raised in a Christian home. At twenty years of age, while residing in Virginia, he began to devote himself to studying the Bible and its original languages. He has specialized in learning to interpret biblical prophecies concerning the End Times, those concerning the Millennium, and those concerning the re-created universe. 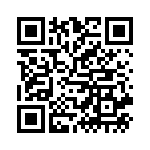