Children's author Arthur Ransome was born in Leeds, England on January 18, 1884. As a child, he spent many vacations sailing, camping, and exploring the countryside in England's Lake Country. He studied chemistry for one year at Yorkshire College before dropping out to become a writer. He worked for a London publisher and then for the Manchester Guardian newspaper. He wrote his first book, Bohemia in London, in 1907 and went to study folklore in Russia in 1913. In 1916, he published Old Peter's Russian Tales, a collection of 21 folktales. During World War I, he became a reporter for the Daily News and covered the war on the Eastern Front. While in Russia, he also covered the Russian Revolution in 1917. He eventually settled in England's Lake District with his second wife. In 1929, he wrote Swallows and Amazons, which was the first book in his well-know Swallows and Amazons series about children who sail and explore the lakes and mountains of England. He drew inspiration for the books from his own childhood memories. In 1936, he won the Carnegie Medal for children's literature for Pigeon Post. He died on June 3, 1967. 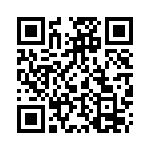