ÇáŐÝÍÉ 138
Differences among different parties of the Opposition quickly made it clear that a
stable , viable coalition government could not be put together . Only a minority
Congress government , supported from the outside by the other secular parties ...
ÇáŐÝÍÉ 279
Yet , within a couple of years it was clear to everybody that the undisputed leader
of the Janata Dal in Bihar was Lalu . It also became increasingly clear that
despite the presence of Nitish Kumar and Paswan in the party ' s leadership ,
neither ...
ÇáŐÝÍÉ 385
This dovetailed very well with the BJP ' s strategy for the impending 13th general
elections , in which the party made it clear it would raise Sonia ' s Italian origin as
a major issue . When Pawar , Sangma and Anwar made their position clear in ...

Paranjoy Guha Thakurta has been a journalist since 1977. His works cuts across different media—print, radio, television, the internet and documentary films—in three languages, English, Bengali and Hindi. He has worked full time with Business India, Business World, The Telegraph, India Today, The Pioneer and the TV18-CNBC television channel (for which he anchored a daily discussion and interview based programme for nearly six years). He has directed a number of documentary films, including one on the impact of television on Indian society ‘Idiot Box or Window of Hope’, one entitled ‘Grabbing Eyeballs: What’s Unethical About Television News in India’ and another five-part series on the resource curse of India’s main coal mining region ‘Hot As Hell: A Profile of Dhanbad’. He teaches at various educational institutions, spoken and acted as a consultant on subjects related to his areas of interest—India’s polity, its economy and media. He headed an educational institution, the School of Convergence as its director for six years. He is currently an independent media practitioner and commentator. 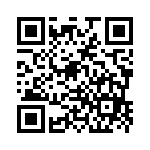