الصفحة 89 - twould a saint provoke," (Were the last words that poor Narcissa spoke ;} " No, let a charming chintz and Brussels lace Wrap my cold limbs, and shade my lifeless face : One would not, sure, be frightful when one's dead — And — Betty — give this cheek a little red.‏
تظهر في 413 من الكتب من 1731-2007
الصفحة 58 - Cannae were revenged by a ring. The death of Pope was imputed by some of his friends to a silver sauce-pan, in which it was his delight to heat potted lampreys.‏
تظهر في 63 من الكتب من 1799-2006
المزيد
الصفحة 156 - Right against the eastern gate, Where the great sun begins his state, Rob'd in flames, and amber light...‏
تظهر في 134 من الكتب من 1799-2005
الصفحة 86 - I have of late—but wherefore I know not—lost all my mirth, forgone all custom of exercises ; and indeed it goes so heavily with my disposition that this goodly frame, the earth, seems to me a sterile promontory; this most excellent canopy, the air, look you, this brave o'erhanging firmament, this majestical roof fretted with golden fire,—why, it appears no other thing to me than a foul and pestilent congregation of vapours.‏
تظهر في 15 من الكتب من 1809-1977
الصفحة 81 - For in much wisdom is much grief: and he that increaseth knowledge increaseth sorrow. I said in mine heart, Go to now, I will prove thee with mirth, therefore enjoy pleasure : and behold, this also is vanity. I said of laughter, It is mad : and of mirth, What ‏
تظهر في 114 من الكتب من 1611-2007
الصفحة 103 - Cowper —a word which, if we may judge of adjectives as we do of men, by their associates, shows the baseness of its origin by the company it keeps, being generally coupled with fellow, a term I conceive of no respect except in courts and colleges. Englishmen, from the peer to the peasant, cannot converse ten minutes without introducing this pert adjunct The English do not, however, use it in the same sense we do in New England, where we apply it to personal grace, and call a trim, well-built young...‏
تظهر في 3 من الكتب من 1809-1993
الصفحة 141 - And that there is, all nature cries aloud Through all her works — He must delight in virtue ; And that which he delights in, must be happy. But when ? or where ? This world was made for Caesar, I'm weary of conjectures — this must end them, (LAYING HIS HAND ON HIS SWORD).‏
تظهر في 12 من الكتب من 1809-1987
أقل

When Royall Tyler courted the young Abigail Adams, her father, John Adams (see Vol. 3), wrote to his wife that he disapproved of Tyler's suit. He suggested that Tyler drop his literary aspirations and focus on the law. A man of contrasts, Royall Tyler found neither occupation mutually exclusive; he distinguished himself as a lawyer and a military officer, as well as a poet and dramatist. Born William Clark Tyler to a well-established Boston family on July 18, 1757, Tyler was quickly schooled in colonial politics. His father was a member of the Massachusetts House of Representatives and was actively opposed to British interference. When the senior Tyler died in 1771, his fourteen-year-old son adopted his father's name---Royall. Tyler graduated from Harvard and received an honorary degree from Yale. In 1779 he was awarded a Master of Arts degree from Harvard, and in 1780 he was admitted to the Massachusetts bar. During his college years, Tyler served briefly as a military aide in 1778. During the 1780s, Tyler acted on the government's behalf in quelling Shays's Rebellion, a farmer's revolt in western Massachusetts. Tyler proved himself an excellent counselor and barrister; in 1807 he became chief justice of the Supreme Court of Vermont, as well as a trustee and law professor at the University of Vermont. In 1794 Tyler married Mary Palmer, the daughter of the family with whom he had resided during the time of Shays's Rebellion. Concurrent with his civic career, Royall Tyler enjoyed another vocation. A prolific writer, particularly of drama, Tyler saw his first play, The Contrast, produced in 1787. Like much of his work, this play dealt with the theme of American exceptionalism. Unlike some of his contemporaries, Tyler refused to mimic continental themes and forms and sought to create uniquely American works. Critics have commented at some length on his use of dialect and satire and upon his indictment of duplicitous European influences on the naive and upright American character. Tyler's papers and manuscripts are collected at the Vermont Historical Society, Montpelier, Vermont. 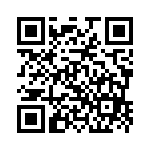