Saba Mahmood was born in Quetta, Pakistan on February 3, 1961. She moved to the United States in 1981 to study architecture and urban planning at the University of Washington in Seattle. She received a doctorate in anthropology from Stanford University in 1998. She taught at the University of Chicago before joining the faculty at the University of California at Berkeley in 2004. She was a scholar of modern Egypt who specialized in sociocultural anthropology. Her work focused on the intersection of Islam and feminist theory. She wrote several books including Politics of Piety: The Islamic Revival and the Feminist Subject and Religious Difference in a Secular Age: A Minority Report. She died from pancreatic cancer on March 10, 2018 at the age of 57. 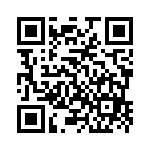