The alternate or parallel start to Cooper's Dark is Rising pentology, this book establishes the series internal mythos. Technically the second book in the series, we finally get an explanation for ... ř—«Ń… «Š řŪŪ„ »√Ŗ„ŠŚ

SUSAN COOPER is best known for her acclaimed sequence of fantasy novels known as The Dark Is Rising which includes OVER SEA, UNDER STONE; THE DARK IS RISING (1974 Newbery Honor book); GREENWITCH; THE GREY KING (1976 Newbery Award book); and SILVER ON THE TREE. Her novels for young readers also include SEAWARD and DAWN OF FEAR. She has written three books for younger children as well: THE SILVER COW, THE SELKIE GIRL, and TAM LIN, all illustrated by Warwick Hutton. In collaboration with actor Hume Cronyn, she wrote the Broadway play Foxfire and -- for Jane Fonda -- the television film The Dollmaker, for which they received the Humanitas Prize in 1985. Born in Buckinghamshire, England, Susan Cooper moved to the United States in 1963 and now lives in Cambridge, Massachusetts. 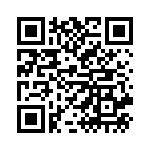