T. P. Wiseman is Emeritus Professor of Roman History at Exeter University and a Fellow of the British Academy. He came to Exeter in 1977, and was Head of Department from 1977 to 1990. Although he retired in 2001, he is still involved in graduate teaching at both MA and PhD levels. 'I've been obsessed with the history and literature of Rome for nearly half a century', he says. Among the results of that obsession have been books on Catullus (Catullan Questions 1969, Catullus and his World 1985), on Roman political history (New Men in the Roman Senate 1971, Flavius Josephus: Death of an Emperor 1991), on Roman historiography (Clio's Cosmetics: Three Studies in Greco-Roman Literature 1979, Historiography and Imagination: Eight Essays on Roman Culture 1994), and on Roman myth and legend (Remus: a Roman Myth 1995, Roman Drama and Roman History 1998). Reviews of T.P. Wiseman books include the following comments: 'quite simply brilliant' (Times Literary Supplement), 'enthralling' (London Review of Books), 'stylistic elegance and wit, dazzling erudition and imaginative flair' (Classical Review), 'exceptional analytical skill and creative imagination' (Bryn Mawr Classical Review). 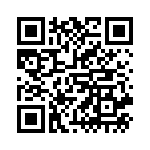