THE WORK OF POETRY

Cautionary words about poetry from an idiosyncratic and surprising critic and poet. Hollander, usually regarded as a conservative observer of things poetic, both lives up to his reputation and defies ... ř—«Ń… «Š řŪŪ„ »√Ŗ„ŠŚ

The work of poetry

Hollander (English, Yale), a recipient of the Bollingen Prize in 1983 and a five-year MacArthur Fellowship, has written a treatise on poetry that would never be considered easy reading. Of course ... ř—«Ń… «Š řŪŪ„ »√Ŗ„ŠŚ

Joseph Roach is professor of English at Tulane University. He is the author of The Player's Passion: Studies in the Science of Acting, which won the Barnard Hewitt Award, and coeditor, with Janeele Reinelt, of Critical Theory and Performance. 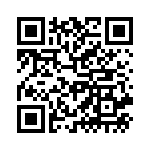