Farah Al-Nakib is Assistant Professor of History and Director of the Center for Gulf Studies at the American University of Kuwait. 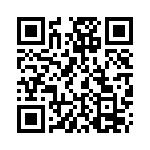